Chastity Can Drive You Nuts 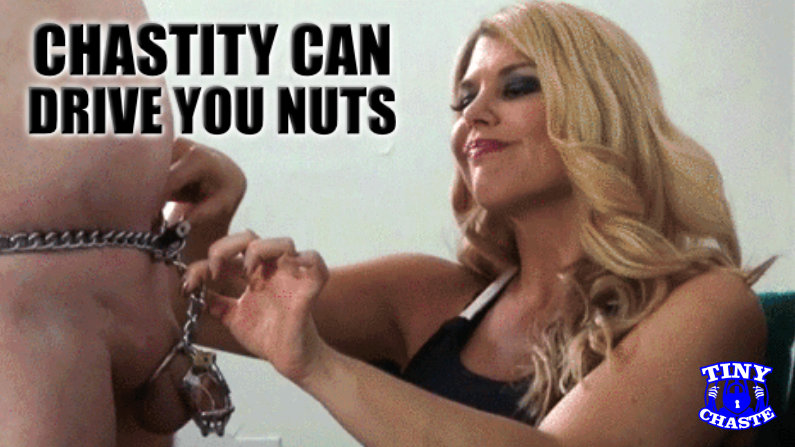 Chastity can drive you nuts, you suddenly find yourself doing things you ordinarily wouldn’t. All to please the lady holding the keys.

I’m based in Maryland, but Nadia sent me on a road trip for my next four shoots and my first stop was Pittsburgh, PA.

Carissa Montgomery is perfection in human form. She has that sexy, haughty look that makes men freeze in their tracks. Her shape is jaw-dropping and I’ve never imagined even being close to a woman like her.

Carissa also owned a dungeon in Pittsburgh, and that is where we were to meet.

I drove the five plus hours to arrive, check into a hotel, shower and clean up before my appointment. The shower was probably a moot point since it was over 105 degrees that day.

When I arrived at Carissa’s, I texted her to let her know I was there and she let me in. Her dungeon at that time was on the third floor of an old home in downtown Pittsburgh.

The third floor was a sauna – she had all the air-conditioners running and sweat still poured off my body. Of course, nerves had something to do with this too.

She started by making me strip to check the numbered tag on my chastity cage. Mature Metal, who makes the Queen’s Keep Chastity Cage I am locked in, drilled a second hole so Nadia could add a numbered tag to the lock.

Even if I had a key or other way to remove the lock, the tag would show signs if tampered with.

Over the course of two hours, Carissa used many tactics to tease my caged cock. There was over the knee spanking and discipline for my lack of control.

As the session neared the end, Carissa bound me to her Saint Andrew’s Cross. After beating me, she flipped me around and I learned she had my chastity keys too.

I should point out, there are several sets of my keys around – but they don’t match THE KEYS. So when you see them in a video, I don’t know if they are the real set or not.

In this case, they were the real set. The cage came off – and Carissa used a hitachi to force my ejaculation.

Between moving cameras and lights, and taking several water breaks due to the heat, we ended up with about 35 minutes of session video that day.

Then, I learned a huge lesson. Background noise can be filtered, but it can not be removed.

We really had no choice but to leave the air conditioners on. But it absolutely killed the sound for the shoot. I had killer footage, great visuals, a hot scene and sound that sucked. So in this case, chastity can drive you nuts but sound can make you cry.

And if you are interested, you can find the full clip Drive You Nuts – on Clips4Sale.

← Behind The Scenes With Goddess Dani Step-Sister's Chastity Control →