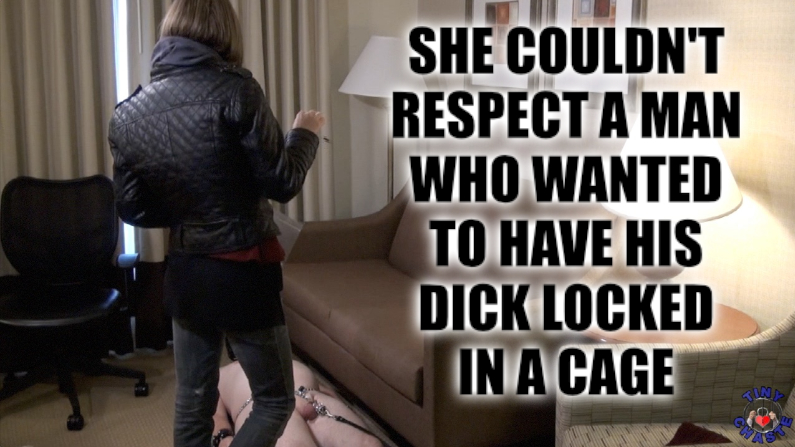 In the last post I described my introduction to male chastity.

Now I want to begin the story of how life took me to where I am today.

During college I met a wonderful girl and we started dating. I think because neither of us had anyone else. We just wanted to be with someone. It became easier to stay together than it was to go our own way. Comfortable you may say.

In the bedroom, I don’t believe I ever really satisfied her desires for penetration. First, I’m small, and I realize that.

But I have a tongue and I like to use it.

With my lack of experience, I would shoot off immediately upon entering her. And I know my dick didn’t impress her.

Our sex life consisted of her laying on the bed, me going down on her for an hour and then climbing on top and blowing my load. Not exactly ground breaking.

To me, it was like her saying, “Okay, but I don’t want to do anything.” And that was exactly what it was like. She didn’t take orders, she didn’t like bottoming, and she wasn’t into it.

At that time she also was taking graduate classes and wanted more help around the house.

I brought up the subject of male chastity, thinking we could switch and that could make our sex life a little more interesting.

She was not happy. She didn’t understand the dynamic and didn’t care to. We separated about a year later.

Her parting words were, “I just can’t respect a man who wants his dick locked up.” It bothered her that much.

Suddenly, I was on my own again.

In the next post I will tell you how I started down the chastity rabbit hole.